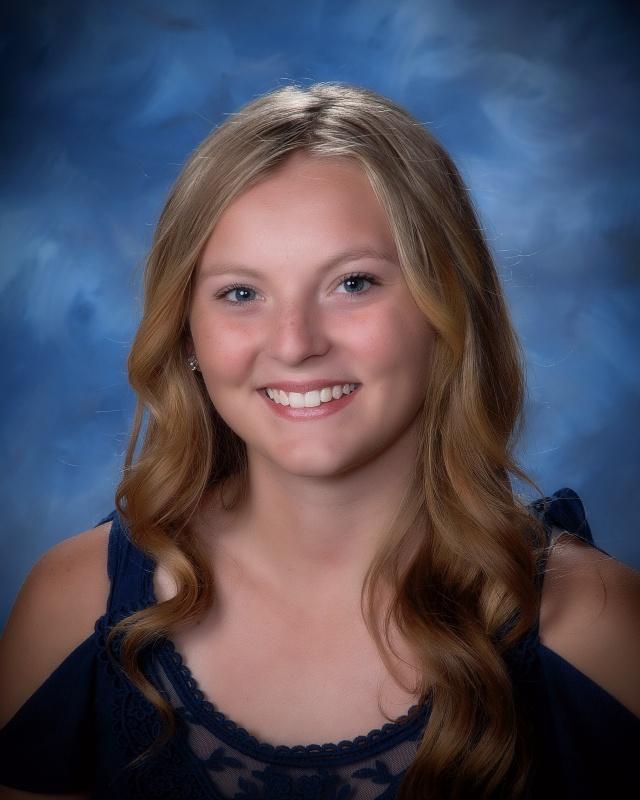 Clarksville Lions Club has selected Jamie Lawrence as its student of the month for February.

Lawrence, daughter of Marsha Lawrence and the late James Lawrence of Clarksville, maintains a 4.08 GPA.

In addition to academics, Lawrence participates in track and is captain of the volleyball and basketball teams. She was recognized by the Herald-Standard as a Scholar Athlete and was named to all-county for volleyball.

Lawrence has been recognized as a Remarkable Rocket for her leadership abilities.   She is a member of the Penn State 4.0 Club. Lawrence also attended the National Young Leadership Conference.

Currently, Lawrence is coordinating a blood drive for the American Red Cross.  The blood drive will be held at Jefferson-Morgan High School on March 20, 2017. She also volunteers at Rolling Meadows, the Clarksville Senior Center, and participates in Relay for Life annually.

In the fall, Lawrence plans to study physical therapy at Chatham University where she has been granted a Trustee Scholarship.