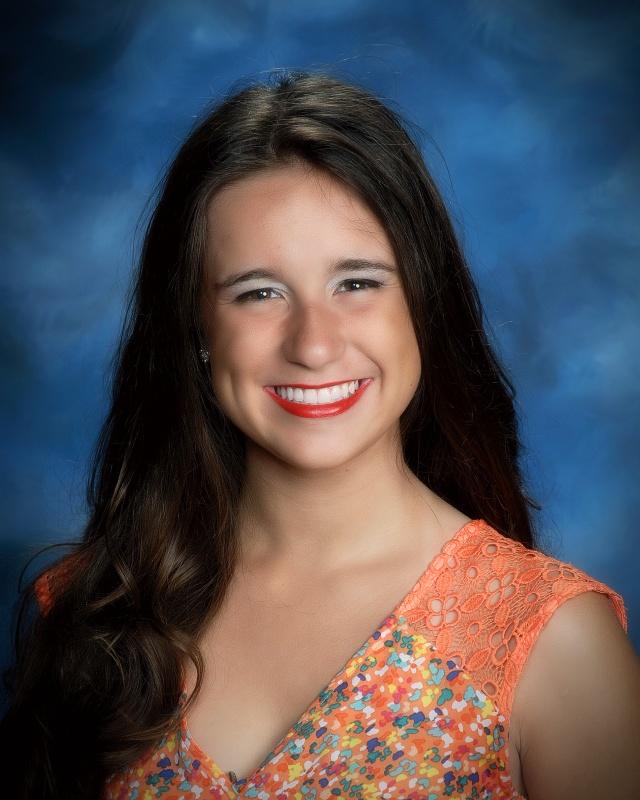 Clarksville Lions Club has selected Emma Frank as its student of the month for April.

Frank, daughter of Rebecca Frank of Rices Landing, is a senior at Jefferson-Morgan High School, where she maintains a 4.5 GPA.  She is a member of St. Hugh Roman Catholic Church.

A four-year letterman of the Jefferson-Morgan Varsity Cheerleading Squad, Frank currently acts as Cheer Captain.  She has lettered in Track and Field.

Frank is a three-year member of National Honor Society and serves as president. Currently she is organizing a walk to benefit MonValley Hospital as the organization’s annual president’s project. The walk will take place on Sunday, May 21.  More information can be found at on the Facebook page “Jefferson-Morgan NHS Walk for Mon Valley Hospital”.

As a member of  Leo Club, she has rung bells for Salvation Army, participated in roadside cleanup for the Keep America Beautiful campaign, and packed backpacks for the weekend food program.  This year, as president of Leo Club, she organized a letter writing campaign for the Girls Love Mail program.   Frank received the Lions Club Young Ambassador of the 21st Century Award, in which she received first place in 2016 and second place in 2015.

In the fall, Frank will attend the University of Pittsburgh to pursue a dual degree in Molecular Biology on the Premedical Track and Gender and Women’s Studies.