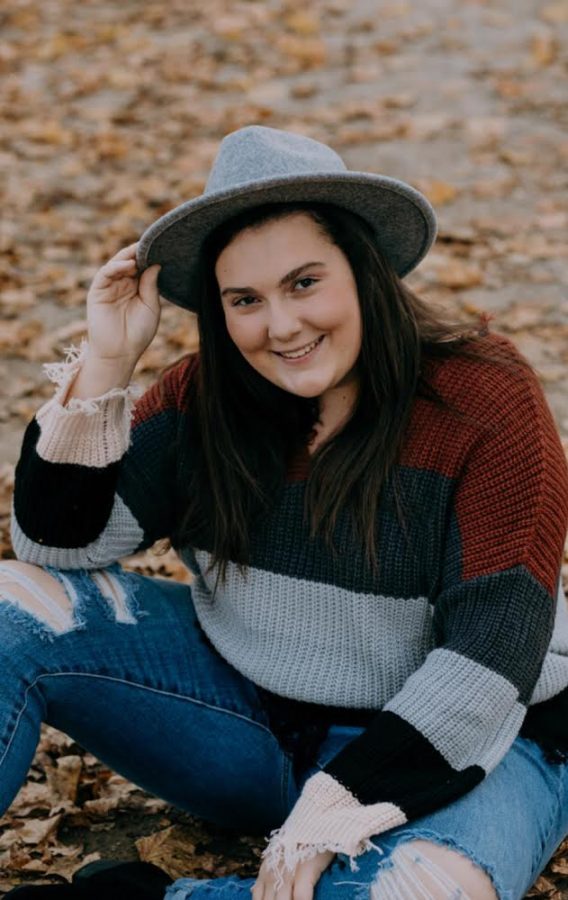 Jefferson-Morgan Centennial Lions Club has selected Katie Ruscitti as its student of the month for September.

Daughter of Scott and Karen Ruscitti of Mather, Ruscitti is a senior at Jefferson-Morgan High School where she maintains a GPA of 4.35.

Ruscitti  received the Bausch and Lomb Honorary Science Award from the University of Rochester. She is the recipient of The Challenge Program Academic Excellence Award.

As an active member at St. Marcellus, she volunteers at fish fries and basket bingos, and she teaches Sunday school.  At school, Ruscitti has participated in bell ringing for the Salvation Army, collecting food items for Thanksgiving baskets, helping with elementary students, and volunteering for Light Up Night, food drives, blanket drives, and tutoring.

After graduation, Ruscitti plans to enter a pre-med field of study. She has been accepted to Carlow University, Waynesburg University, Duquesne, and Slippery Rock University.